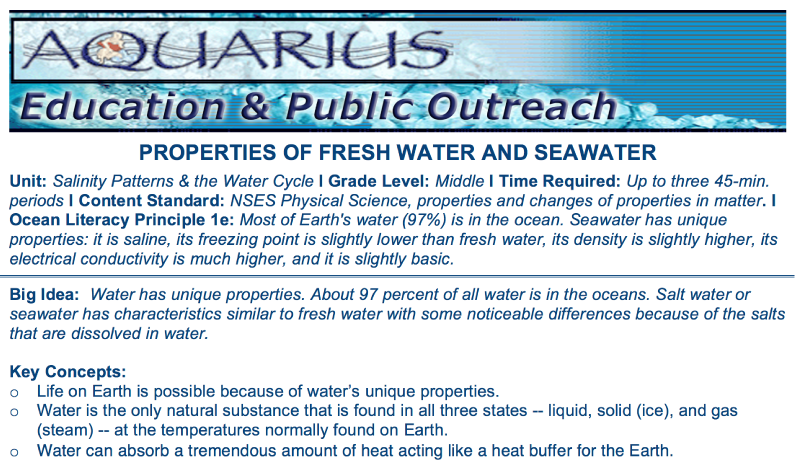 Source: NASA Aquarius
[12-Feb-10] Liquid water (H2O) is often perceived to be pretty ordinary as it is transparent, odorless, tasteless and ubiquitous. Water is unique in that it is the only natural substance that is found in all three states - liquid, solid (ice), and gas (steam) - at the temperatures normally found on Earth. Earth's water is constantly interacting, changing, and in movement. Water freezes at 32° Fahrenheit (F) and boils at 212°F (at sea level). In fact, water's freezing and boiling points are the baseline with which temperature is measured: 0° on the Celsius scale is water's freezing point, and 100° is water's boiling point. Water is unusual in that the solid form, ice, is less dense than the liquid form, which is why ice floats. Water has a high specific heat index or capacity. This means that water can absorb a lot of heat before it begins to get hot. This is why water is valuable to industries and in your car's radiator as a coolant. The high specific heat index of water also helps regulate the rate at which air changes temperature, which is why the temperature change between seasons is gradual rather than sudden, especially near the oceans.