The beginning segment, from September 2011 to June 2015, utilizes data from the Aquarius satellite and is based on OI analysis (OI SSS; Melnichenko et al., 2016). The analysis is produced on a 0.25-degree grid at a 4-day interval and uses a dedicated bias-correction algorithm to correct the satellite retrievals for large-scale biases with respect to in-situ data. The time series is continued with the SMAP satellite-based SSS data provided by Remote Sensing Systems (RSS). SMAP SSS fields are produced from Level-2 (swath) data using the OI algorithm. To ensure consistency and continuity in the data record, SMAP SSS fields are further adjusted using a set of optimally designed spatial filters to reduce small-scale noise and, at the same time, to ensure that the data record is consistent across the scales. For the overlap period (April-May 2015), the data from the two satellites are averaged together to ensure a smooth transition from one dataset to another. Measurements from the European Space Agency's (ESA) Soil Moisture and Ocean Salinity (SMOS) satellite are used to fill the gap in SMAP observations during June-July 2019, when the SMAP satellite was in a safe mode and did not deliver scientific data. View salinity maps.

Click on the images (below) for a closer view. From there, you can click the left/right arrows to move from month to month. 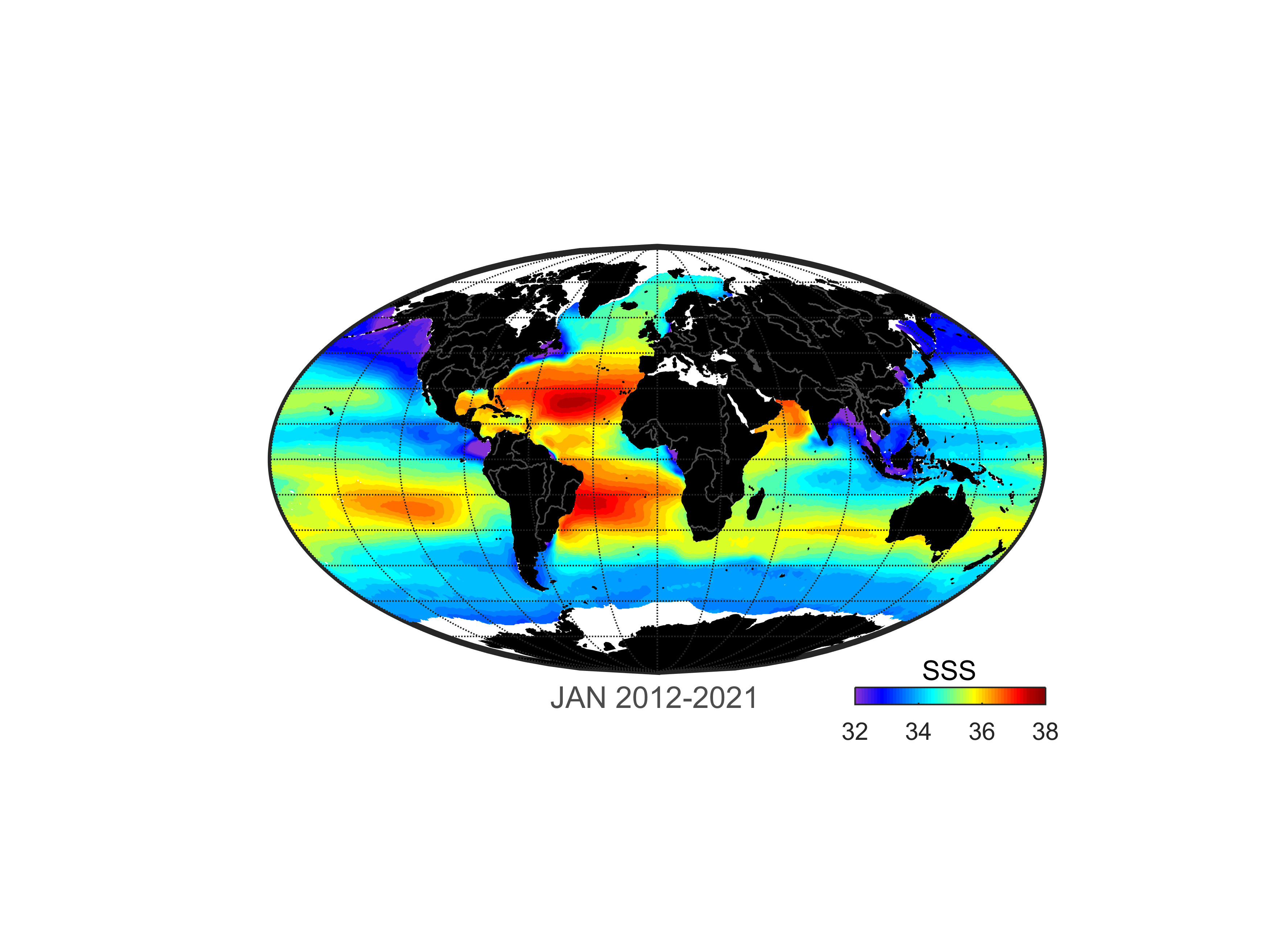 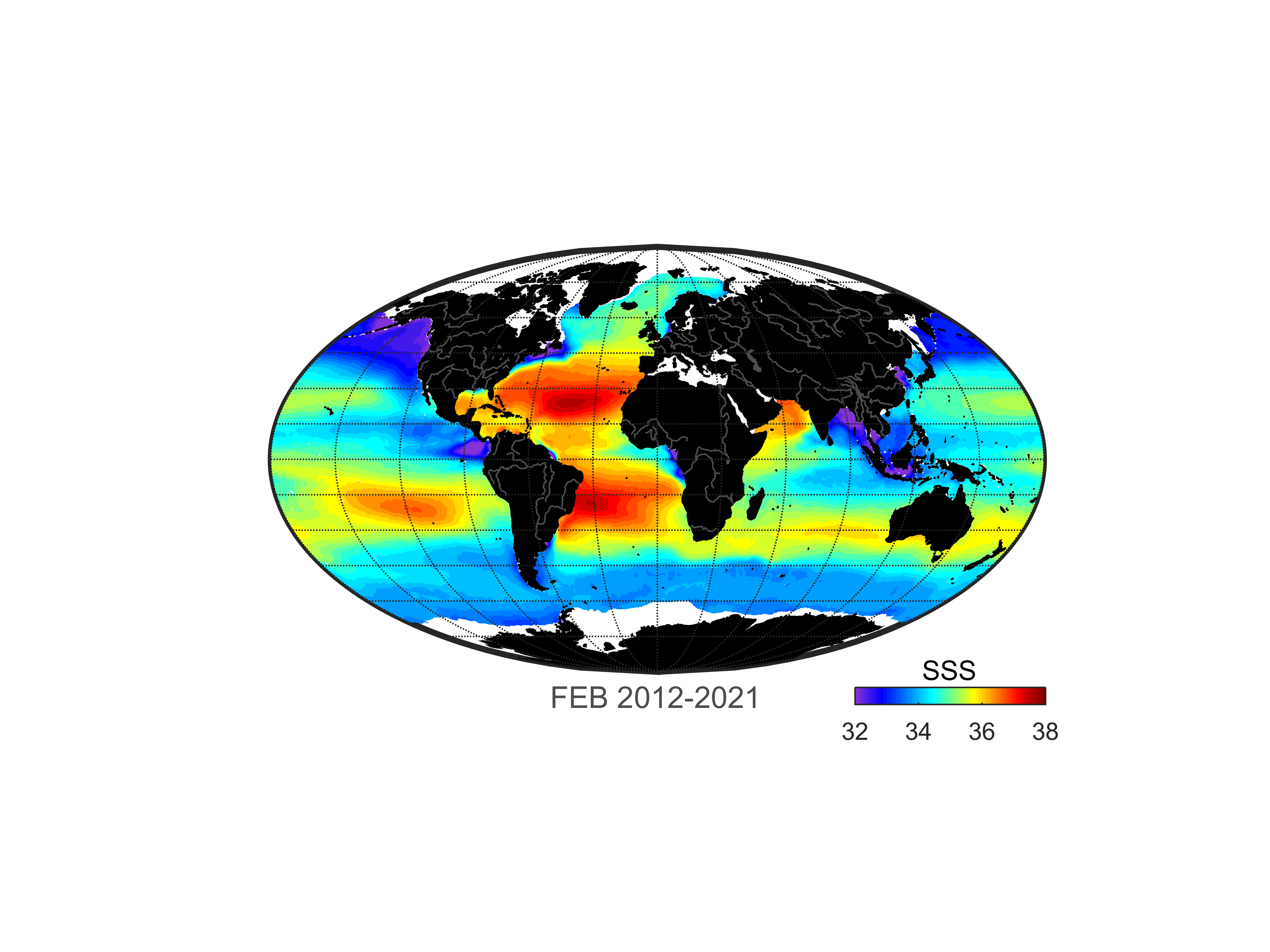 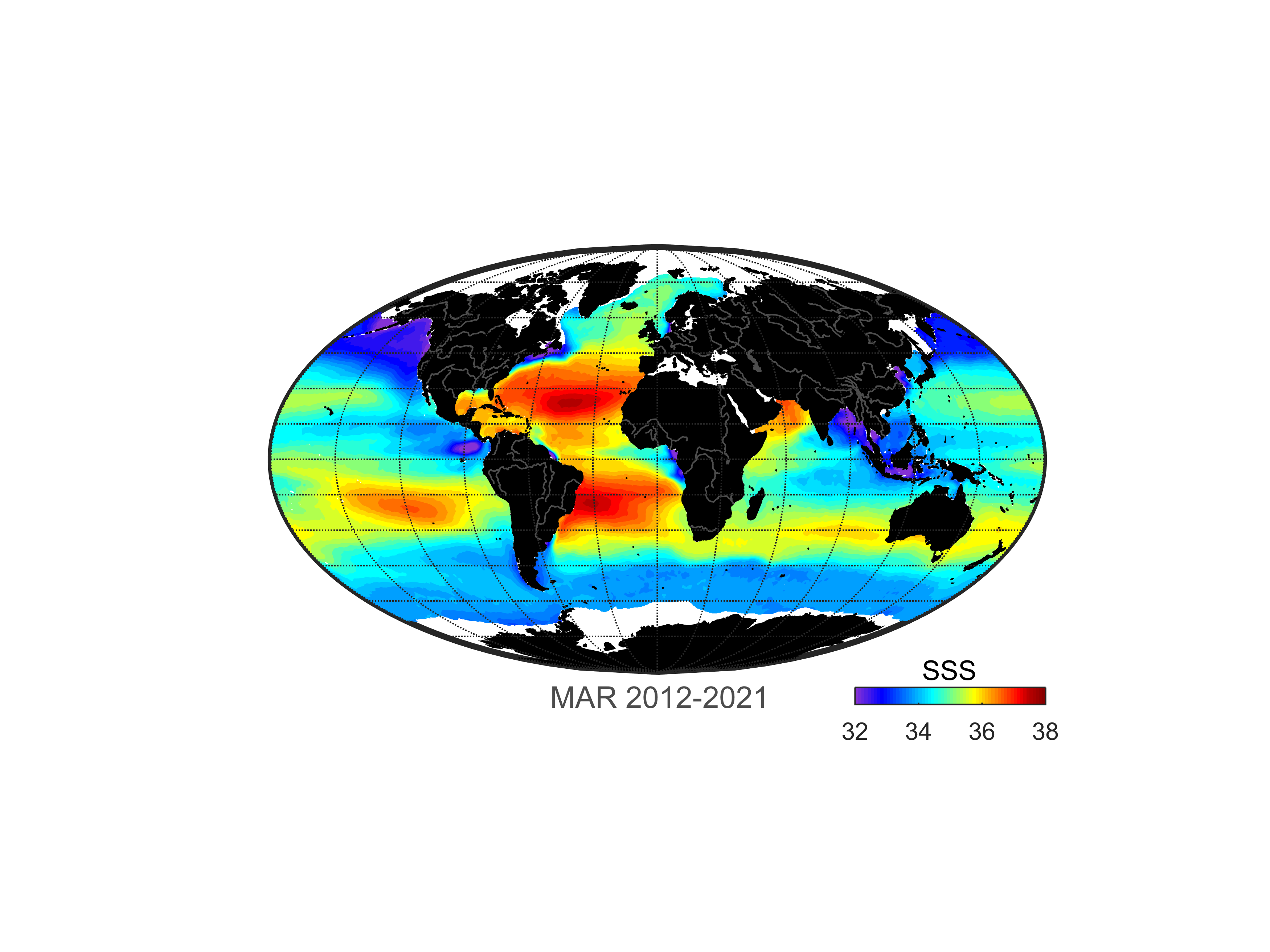 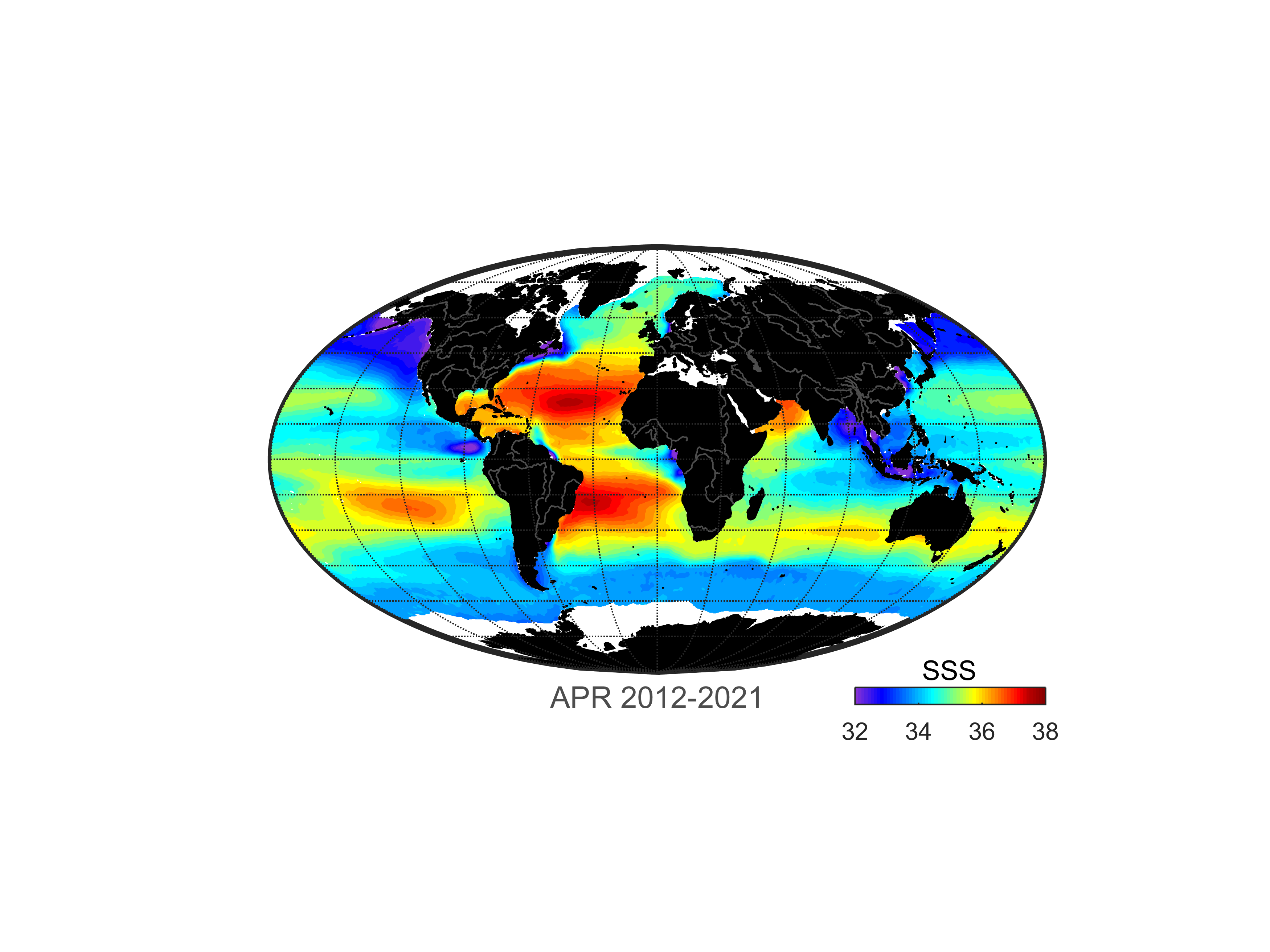 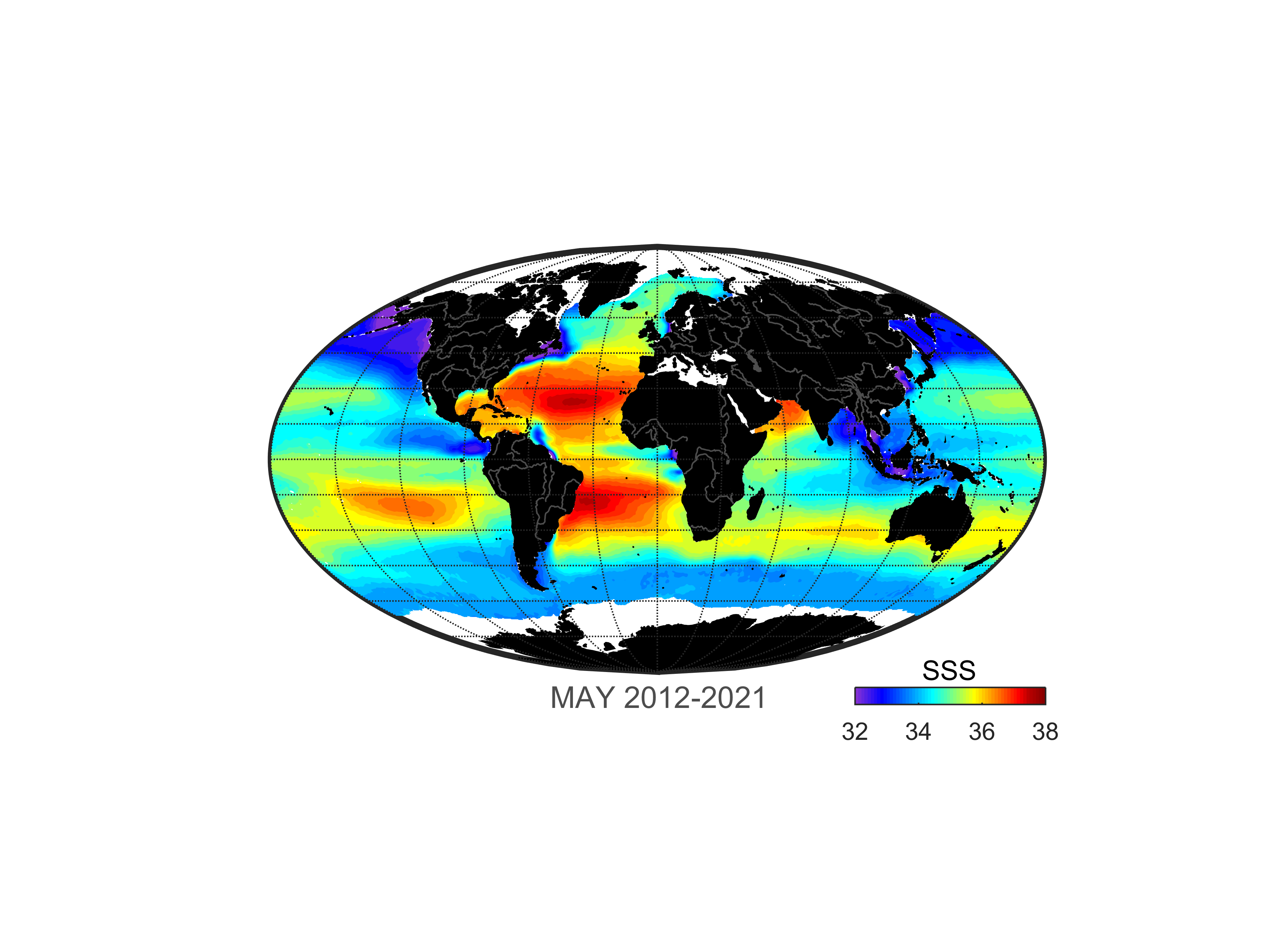 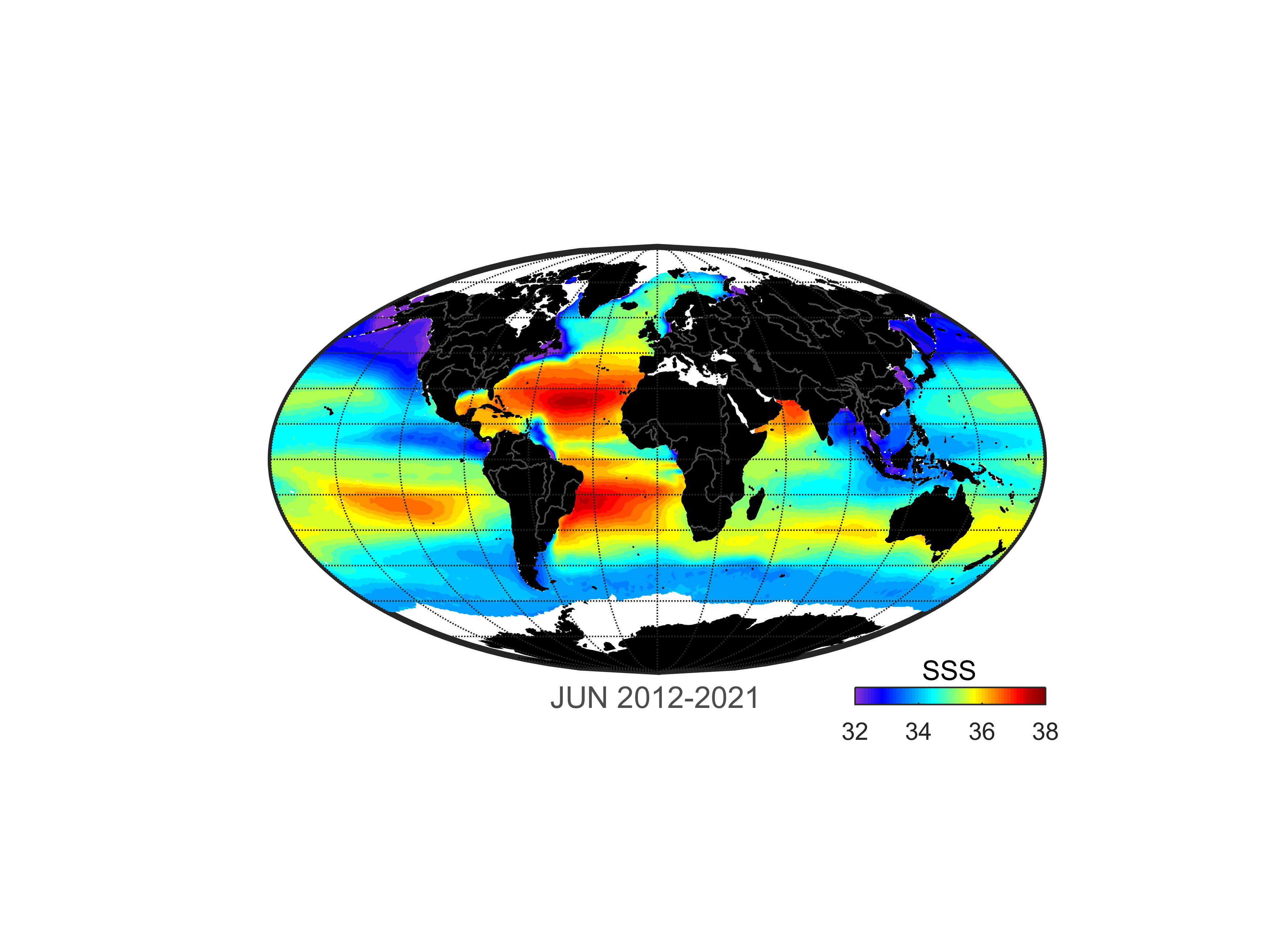 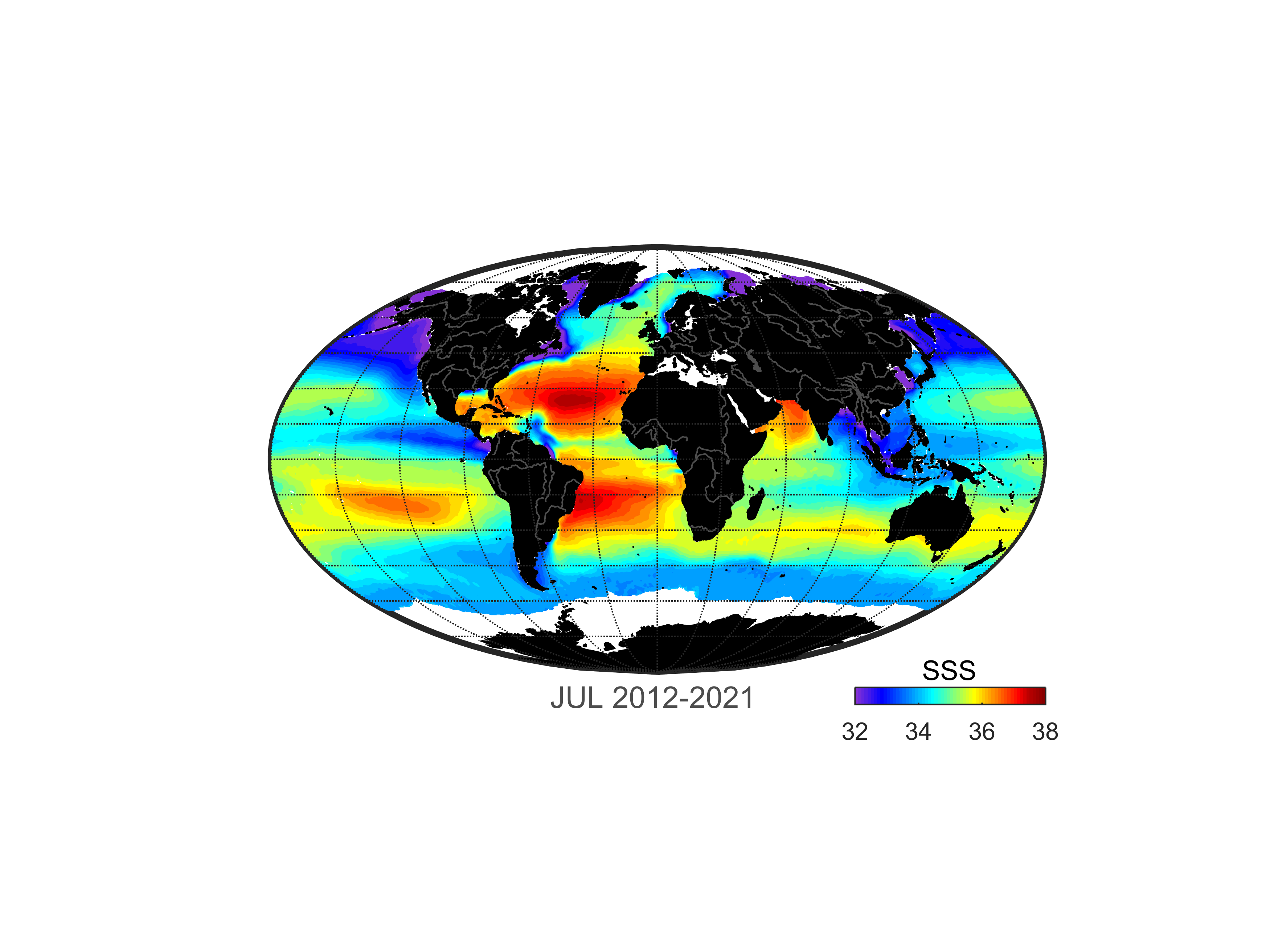 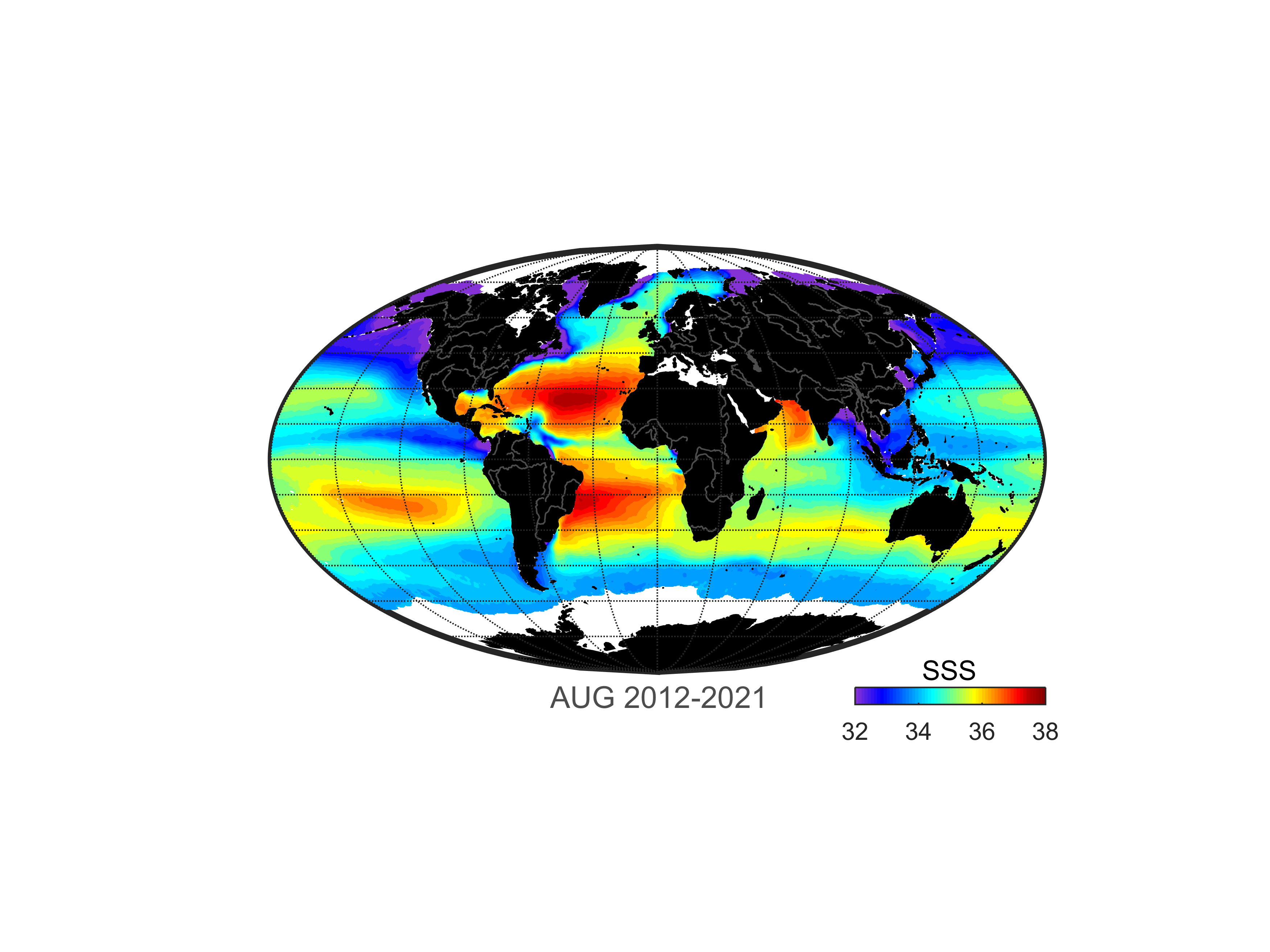 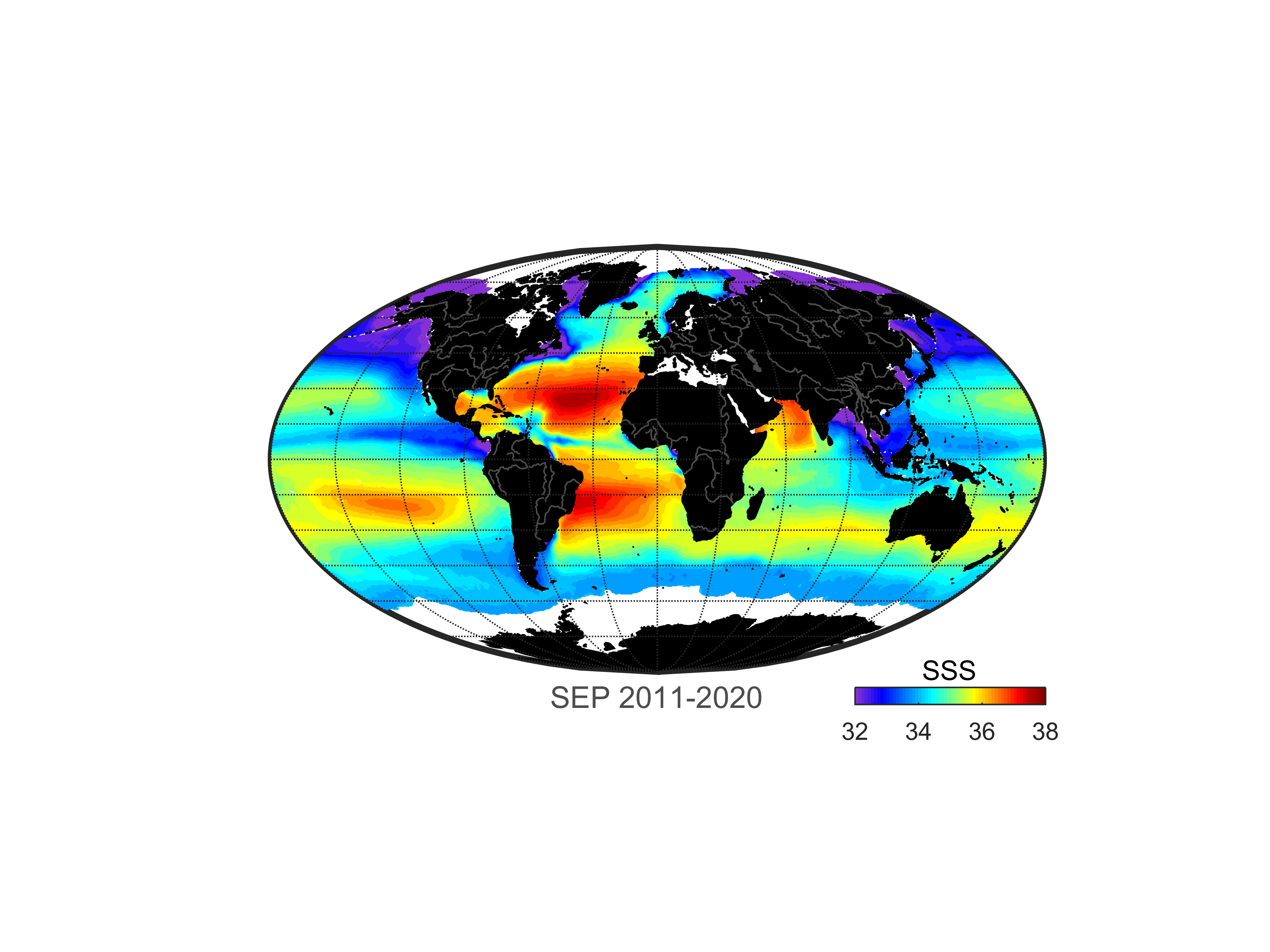 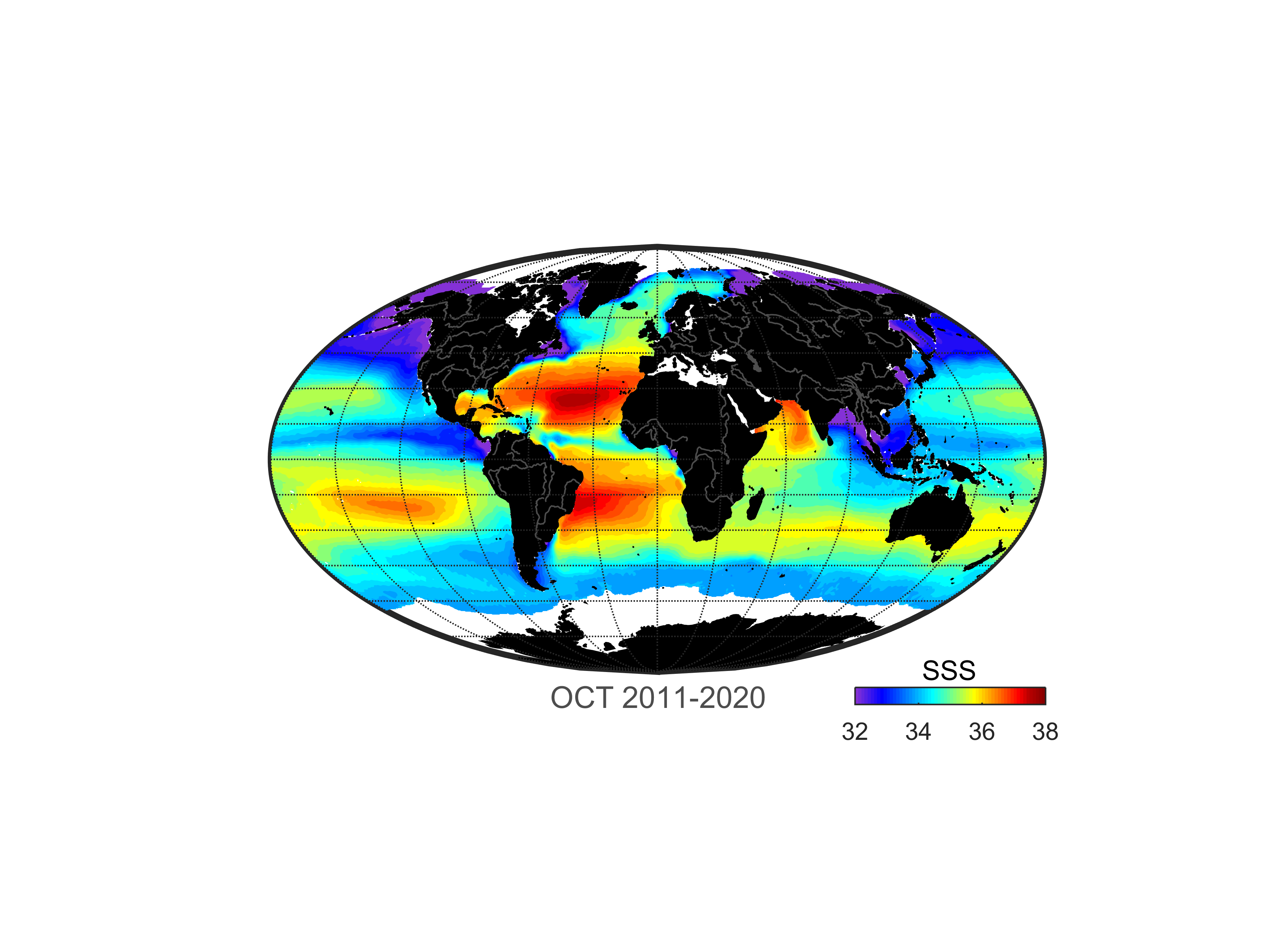 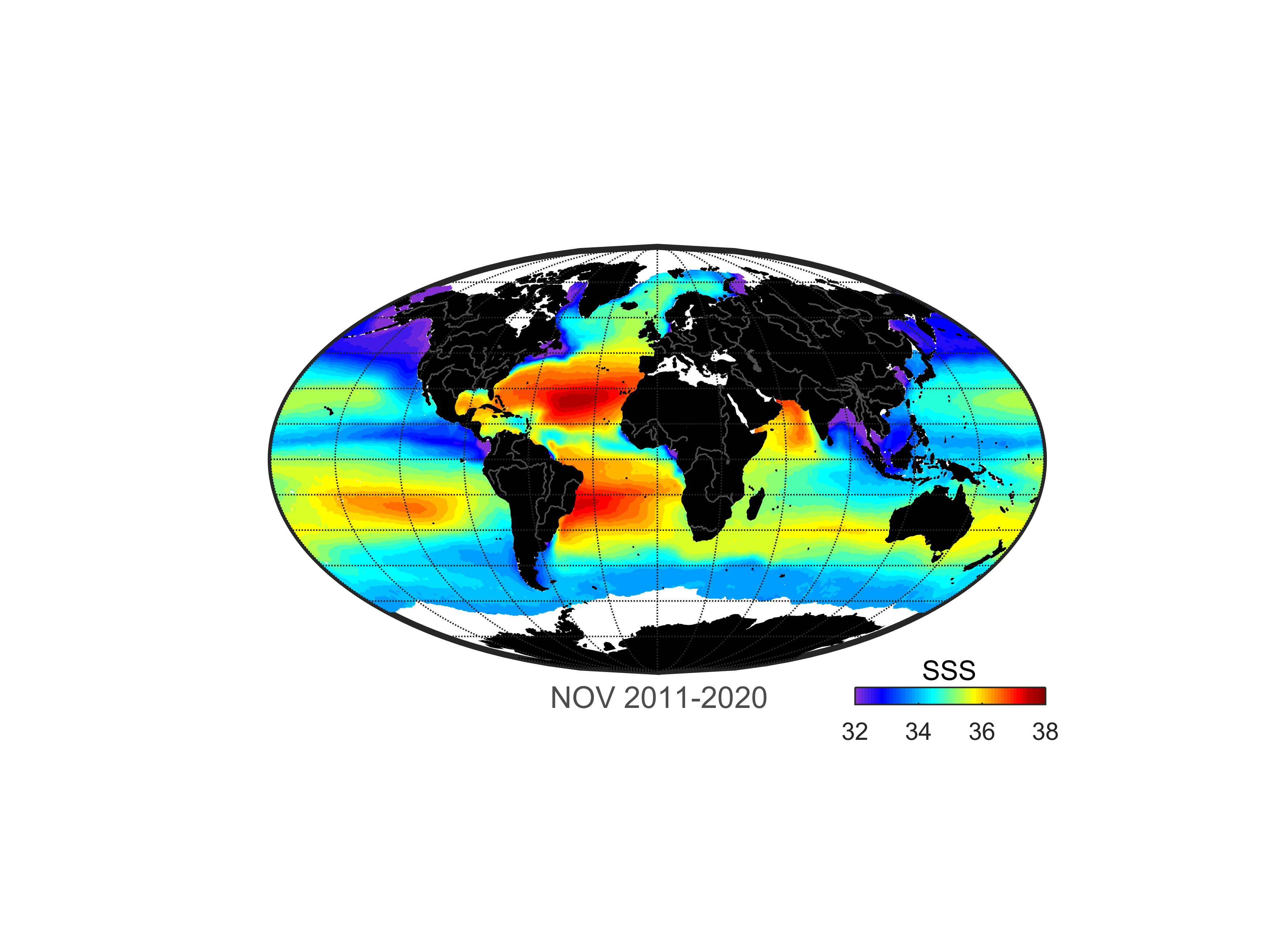 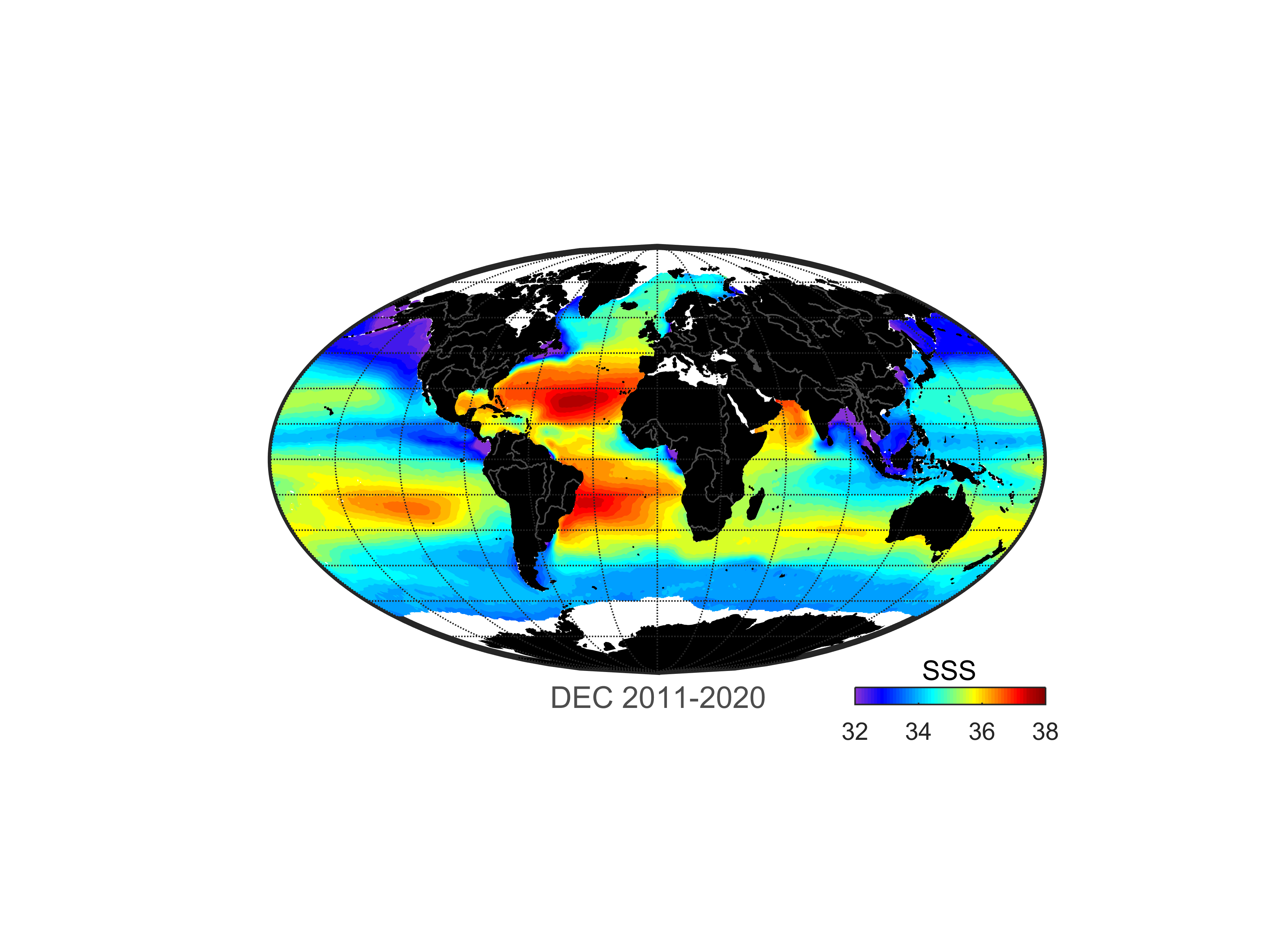