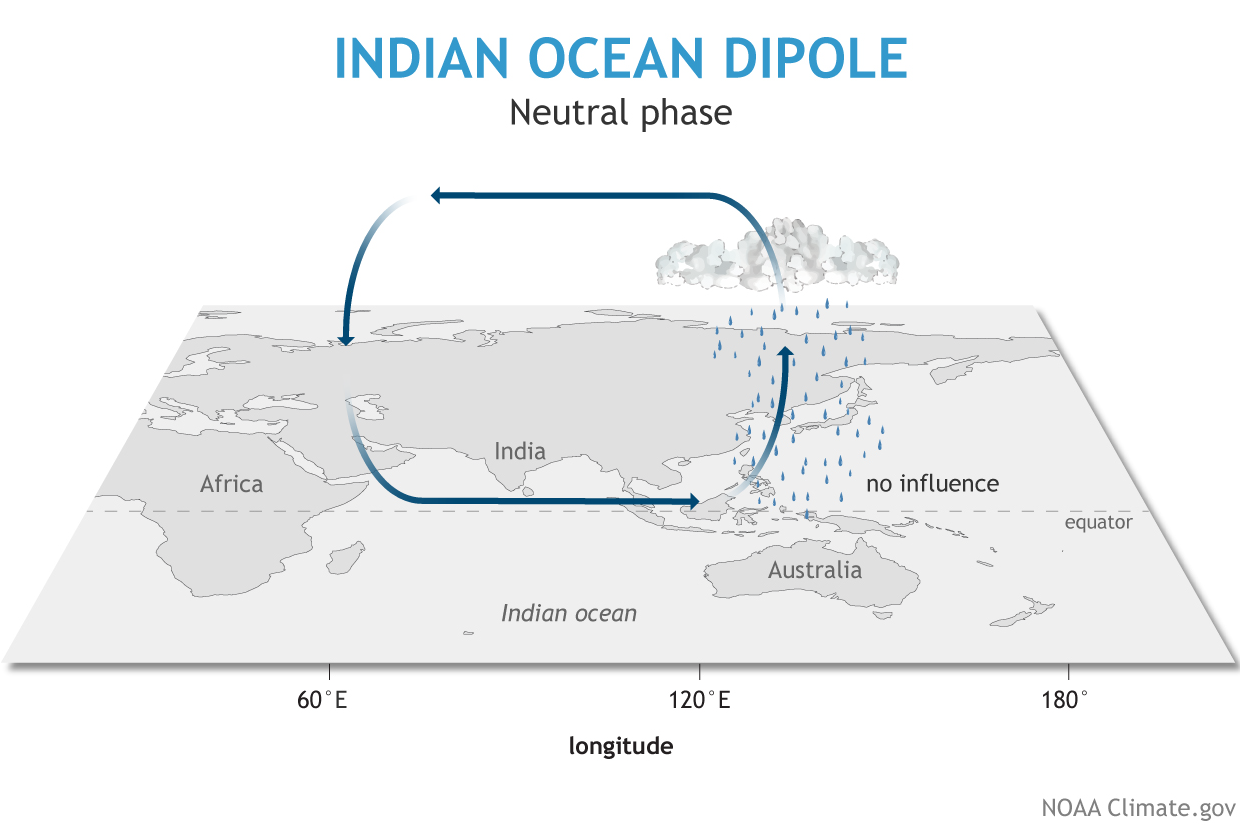 Alt Tag: Indian Ocean Dipole, neutral phase.
Description: The recent bushfires in Australia have left a trail of destruction, gripping the world with infernal images of widespread devastation. The catastrophic bushfire season resulted from extremely hot and dry weather in spring and early summer throughout the country. As is usually the case, such extreme conditions involve several factors working together, including human-caused global warming as well as naturally occurring weather and climate patterns. One of those important factors was an extreme Indian Ocean Dipole (IOD) event.